THE CREATIVE BRAINWAVES OF ANNEKA TRAN

Recently I've been reading up on the Journey to the West, a famous Chinese story (some of you might recognise this from Jamie Hewlett's and Damon Albarn's animated titles for BBC's coverage of the 2008 Olympics). It's a pretty fascinating story so if you're interested in legends and whatnot, you might like to read up on it too :) Most recognisable is probably the main character named Sun Wukong, a monkey king who has some pretty impressive party tricks up his sleeve, like somersaulting through clouds. I realised he is just too cool to not draw, so here you go! This might even be the start of another set...

(decided to draw this after a little nagging from Rob, hehe) 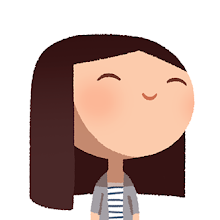 Drawing with one hand, programming with the other.